Toi Koru celebrates the work and influence of Dr Sandy Adsett – an acknowledged master of contemporary kōwhaiwhai and koru. Sandy Adsett (Ngāti Kahungunu, Ngāti Pahuwera) is a Māori artist and educator of national and international significance. Since the 1960s he has pioneered, tutored and formatted a Kaupapa Māori wānanga approach to education and art processes. The Toi Koru exhibition features 60 paintings created over 60 years which have been brought together to celebrate his amazing contribution to Māori art and design and his understanding of the core elements of kōwhaiwhai. Series of paintings are grouped together according to the decade they were painted and Adsett’s journey of exploration into kōwhaiwhai forms, patterns, colour, negative and positive spaces, symbolic imagery and korero. Sandy Adsett has also been primarily concerned to retain and strengthen the Māori arts identity. He has played an immense role in ensuring that tikanga, cultural context and marae-based collaborations have been used to ensure the value and status of contemporary indigenous Māori art. It is a recognition long overdue.

Download the Education Resource for teachers which includes information, links to Interviews with Sandy Adsett, Discussion Questions and Curriculum Links. Further online and printable resources are also included below to help you to explore Toi Koru.

Email patakaeducation@poriruacity.govt.nz or phone (04) 237 3551 if you'd like us to tailor a programme to meet your learning goals. 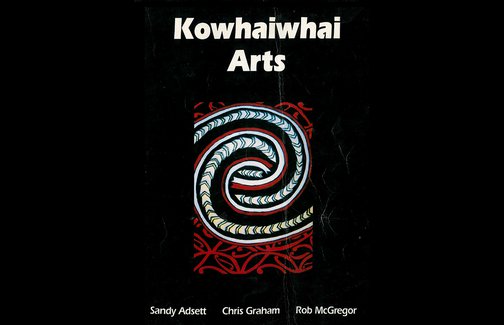